Who You Gonna Run To?

"Baby, i've been wrongAnd maybe i've been livin a little headstrongBut i know it isn't right Startin' a war by avoiding a fightIt hurts, don't lie..."
(Who You Gonna Run To?; Solid Gold)


After a fair amount of time the Second Quarterly Report over at Journals of a Baroque Pilot is complete! Please take the time to go have a look and also drop a comment if you enjoyed this instalment.


For those who follow this blog but are not aware about my secondary blog Journals, it is a blog dedicated specifically challenging the concept of piracy not being a viable profession within the game; I track my profits (and losses) as I go about my piracy career with the Tuskers. The ultimate goal is to show potential pirates and pvpers that you can make a living purely off piracy alone. Also keep in mind that I do all this on a single character - no alt prober or booster for me.


Hope you guys enjoy this report and look forward to the next report that will land in October after data from Q3 is in.

Oh That I Had

"This is not new to me
As I sit in this boat
But I'm so cold my bones will freeze
And there's nought through the haze
I've been waiting so long
But my hour has gone away"
-- (Oh That I Had; Mt. Eden & Ruby Frost)

It's Sunday July 10th today. The time could be anywhere between 9pm Saturday or 9pm Sunday evening. For me it's currently 3am. Eve tells me it's 7am and back home in the UK it's 8am. Time is something I've become estranged with and with the Tuskers operating in such a static manner (not implied in a negative sense) sometimes it can feel like New Eden passes us by.

In an effort to innovate myself I've looked at sizing up a little, my favorite ship potentially being the Vagabond now. Whilst I've had a good chance to test this ship out, along with some more traditional Vagabondry (and even more hilarious antics involved; he was logged off without his DCU active... Poor fellow) I haven't done anything that I felt was outside of my grasps in, say, a Hurricane or some other nano-cruiser/battlecruiser. I love the added falloff that the Vagabond has, in my opinion it's true redeeming feature even over it's innate speed. It has just about everything I need in a sleek little package, very cool.

It wasn't until myself and Ronan lazily took a Vaga tag team out (lazily = without scouts) and perused the local area. We came into a Hurricane in Lisbaetanne and engaged. Quickly, however, we realized that this cane was both artillery fit and with backup - another 2 Hurricanes to be exact. We bugged out and regrouped to assess the situation. I threw out the rather crazy plan to drop in the center of them and burn through them whilst their tracking couldn't hit us up close, yet we both looked at the reality of the situation and decided it might be best not to. Leaving Lisbaetanne we found the gate to be camped and whilst they unfortunately caught Ronan, their guns couldn't track and he safely made it back to the gate.

Now, having seen the true effect of their artillery up close, we got a little more confident and set ourselves up 200km from the gate. By now, one of their pilots had re-fit to a Rapier and we thought... Why not, we're in Vagabonds! We let the Rapier probe us down and he landed right on top of us. We quite literally went in guns blazing with Rep Fleet Plasma and overheated at close to point blank range. The Hurricanes warped in at... 0km? Yup, they decided that the webs would hold us down and neuts would keep us from running... A miscalculation on their behalf. We managed to duck out from under the guns, only realizing they had T3 links active when 40km was reached and they still held onto us. Ronan escaped, just barely, and we went back to Hevrice where we called it a night.

Strangely, the Vagabond didn't feel new to me (see lyrics?). I keep killing and killing, my online soul must be nothing more than a dead weight. Is there something new through the haze of time? I suppose we'll have to see. 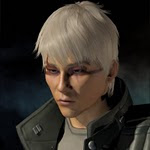